It’s a hot summer and it’s not getting colder running my pc all day long.
So i decided to do something about the heat inside my room: 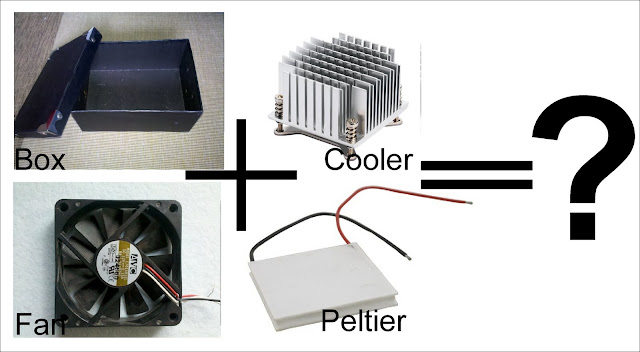 Read more after the break!
At first I have to explain what a peltier-element does:
If you hook it up to a battery, one side will cool and the other site will get hot. 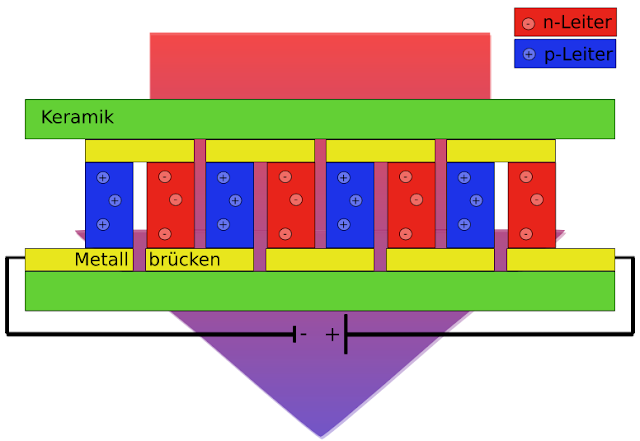 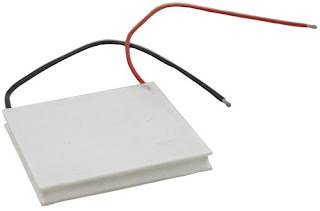 I placed the element in between two passive coolers one knows from your pc: 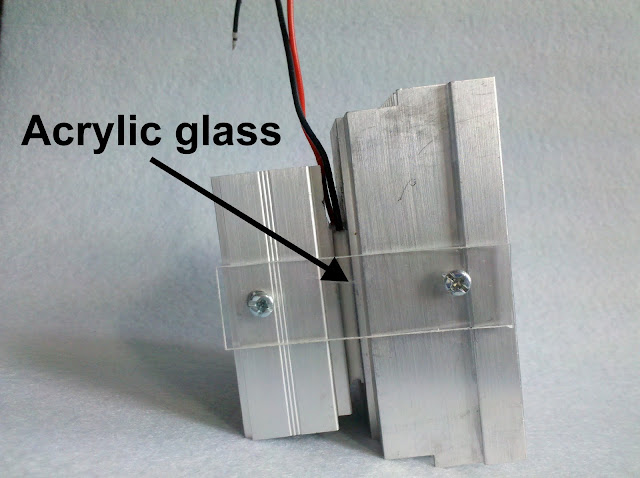 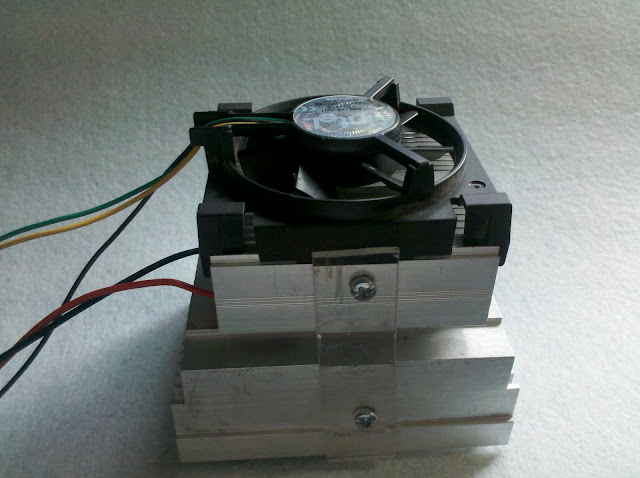 Its important not to use any metal pieces to hold the coolers together due to metal’s heat conducting ability.
The following animation shows the construction of the whole system:

Now there’s a schematic for you: 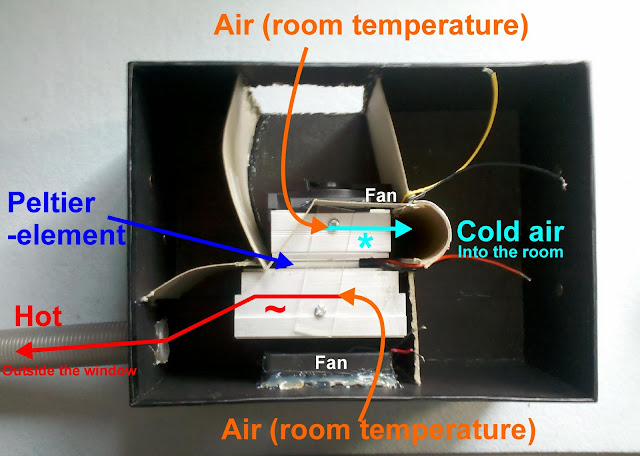 This is what it looks like when its closed: 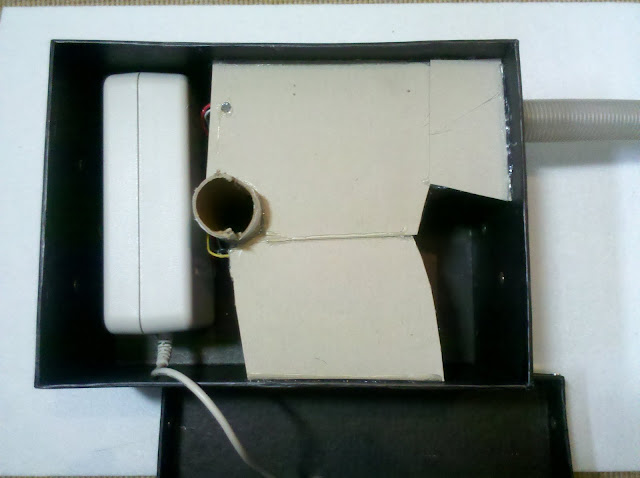 I added an internal power supply and some tubes conducting away the cold and warm air. 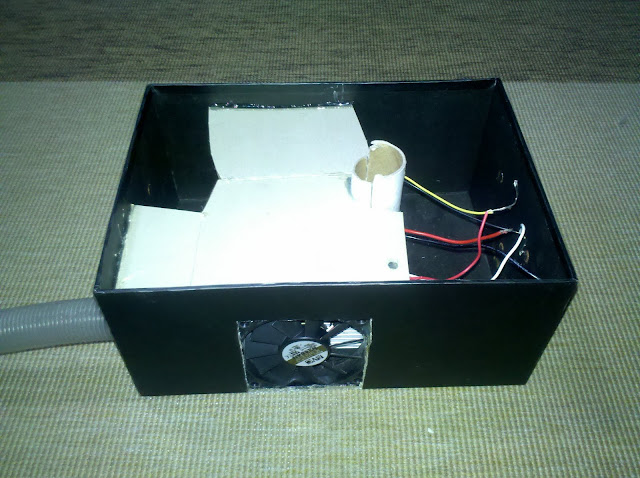 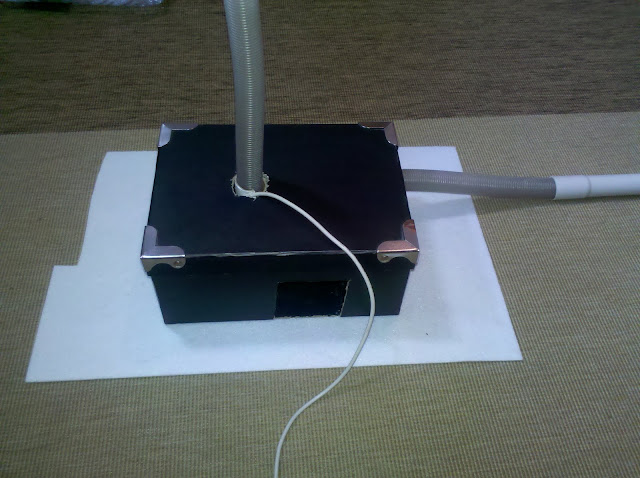 Its pretty power consuming, but see for yourself (operating voltage 18V): 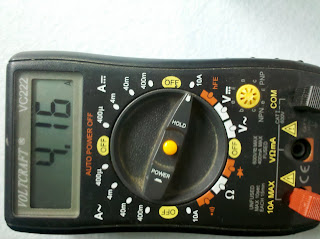 Its totally worth it! Cold air into my room and hot air going outside! Due to pc fans not very noisy – summer heat defeated!