This article shows how I built a custom made boombox from an old construction site lantern!
Click here for the full post!

Let’s start with all the components: 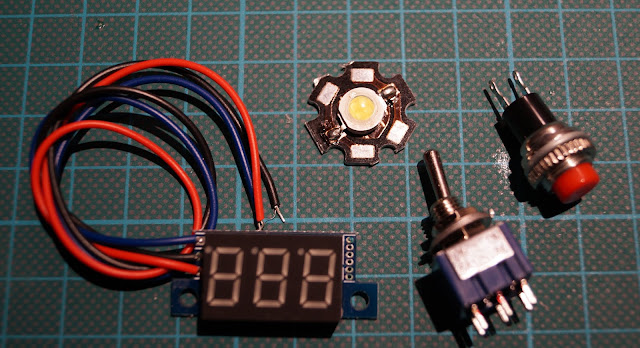 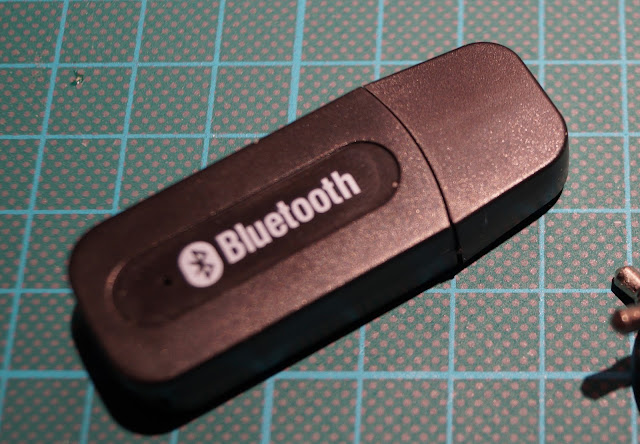 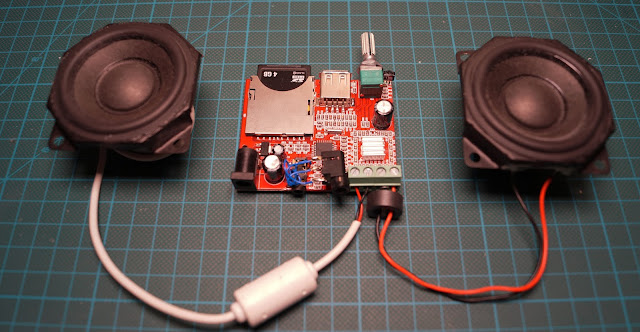 Above you can see the media player board I used. It has a SD-Card slot, an USB port and an analog 3.5 mm audio port for external music. Five menu buttons let you navigate through the music on the SD-Card or USB stick. It runs on 7~15V and has 10 Watt audio output for each 4 Ohm speaker. You can find additional data here.
As housing I chose an old construction site lantern which I bought off ebay.

Then I removed its electronics, salvaged some 6V batteries and added my super bright LED to the existing lighting setup. 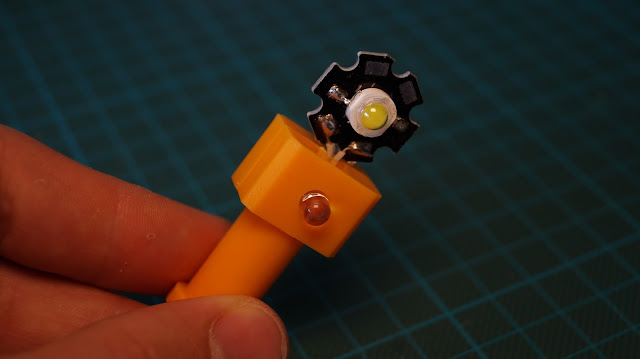 In the next step I soldered switches and wires to the media player’s buttons and audio level potentiometer. This helps with installing everything inside the housing later. 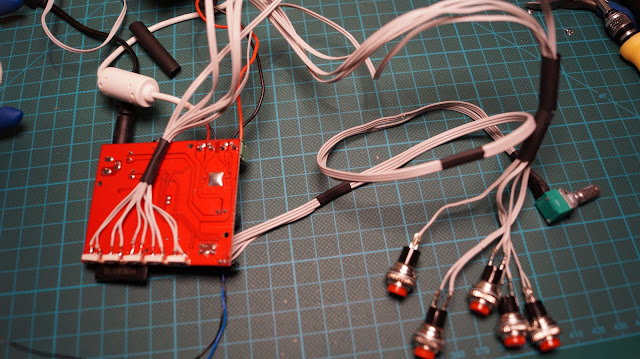 I also disassembled the bluetooth audio dongle and removed its USB plug since I am directly connecting it to the media player for 5V power.

After a lot of soldering, heatshrinking and drilling I assembled all components.

As mentioned in the video at the top I had to replace the mediaplayer board after a short circuit mishap. The new board had an integrated bluetooth receiver but no built in amplifier. So I added a small amplifier board as you can see on the left in the picture below. Luckily the rest of the wiring stayed almost the same. 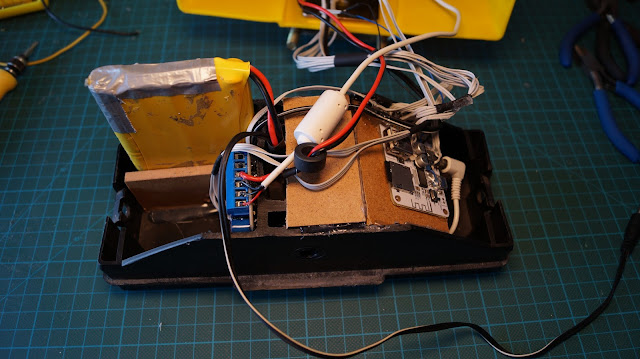 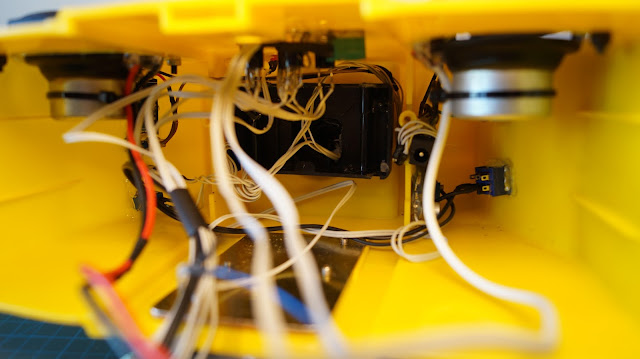 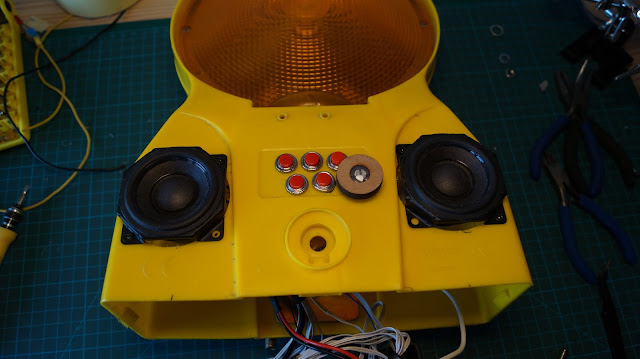 As audio source you can use a SD-card, flash drive, bluetooth or a regular 3.5 mm audio jack!

Since I forgot to include an audio sample in the official video here’s a short audio sample. As you can see below the speakers weren’t sealed yet. After sealing them and adding some cotton inside the housing I’m really pleased with the audio quality! 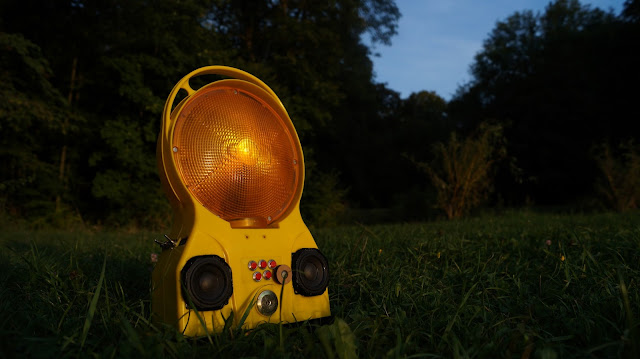 Here’s a short video about this project including more details and some cinematic shots of the finished custom boombox: