Who doesn’t like celebrating new years eve with firecrackers?! But no more numb thumbs from fumbling around with a silly lighter in the cold – the automated firecracker slingshot comes to help!

This was a project born out of a long afternoon, spare parts and the will to build something useless but fun: 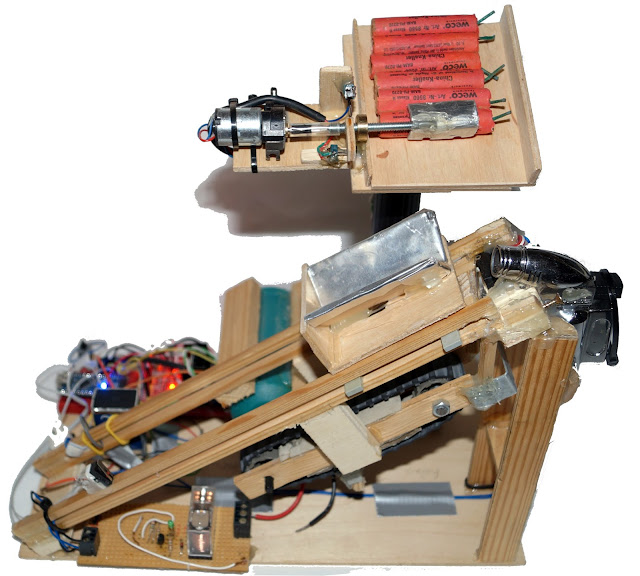 The feeder on the top right drops a single firecracker into the aluminium slide below. It has two positions: open and closed. Sensors at both positions stop the geared motor.
Gravity keeps the firecrackers coming due to the tilted ramp. 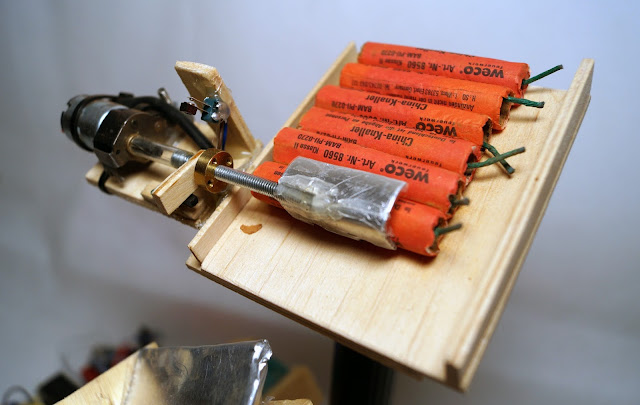 A continuousliy burning storm lighter at the slide’s front lights up the firecracker inside the slide. There’s a pause of one second included in the programming. The waiting period could be adjusted so that firecrackers go off mid air. 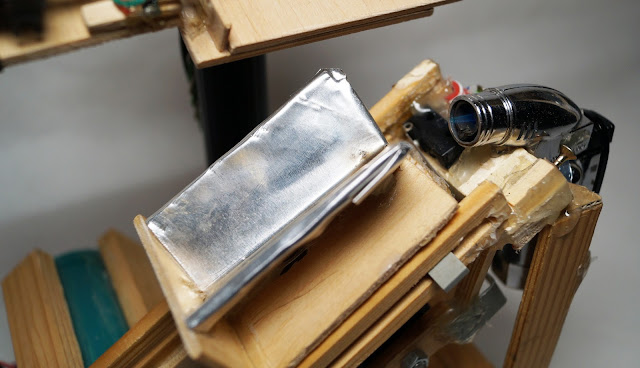 The slide is pulled back by a pin mounted onto a conveyor belt positioned underneath the slide. 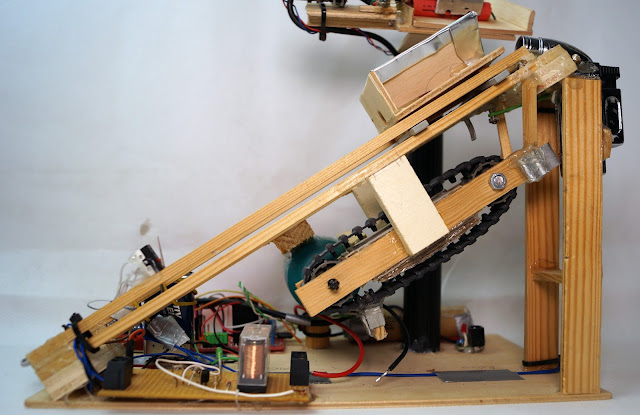 The sling is driven by an old geared motor which drives the conveyor belt. When the slide reaches its farthest drawpoint a stop switch turns off the motor. The motors remaining inertia is enough to still release the slide.
This motor is controlled by an old relay board connected to an Arduino Nano. Its current was too much for a standard motorcontroller board. 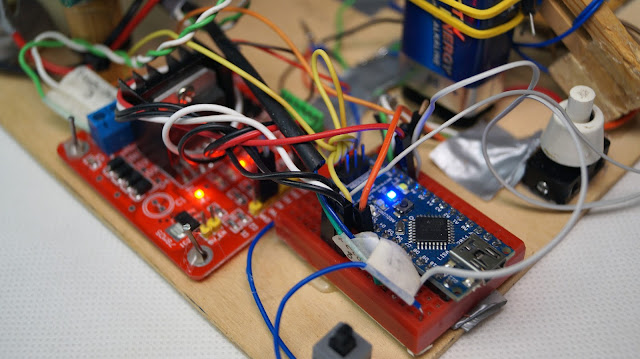 The feeder’s geared motor is driven by the red motor controller seen on the left. All stop switches and push buttons are connected to the Arduino Nano. If you’re interested in the code feel free to write me an e-mail and I will send it to you!
A nine volt battery powers the relay-, motorcontrollerboard and Arduino Nano. The sling’s motor runs on its own battery pack.
Now here’s a video of this mad contraption: