With smartphones getting faster and more capable you’d sometimes want to use them instead of buying another piece of equipment. That’s the reason why I wanted to connect an external microphone for audio recordings to my smartphone.

Click here and read the rest of this how to!
Let’s start with all the things you’ll need for this tutorial:
You will need a four pin 3,5 mm audio plug connecting everything to your smartphone. 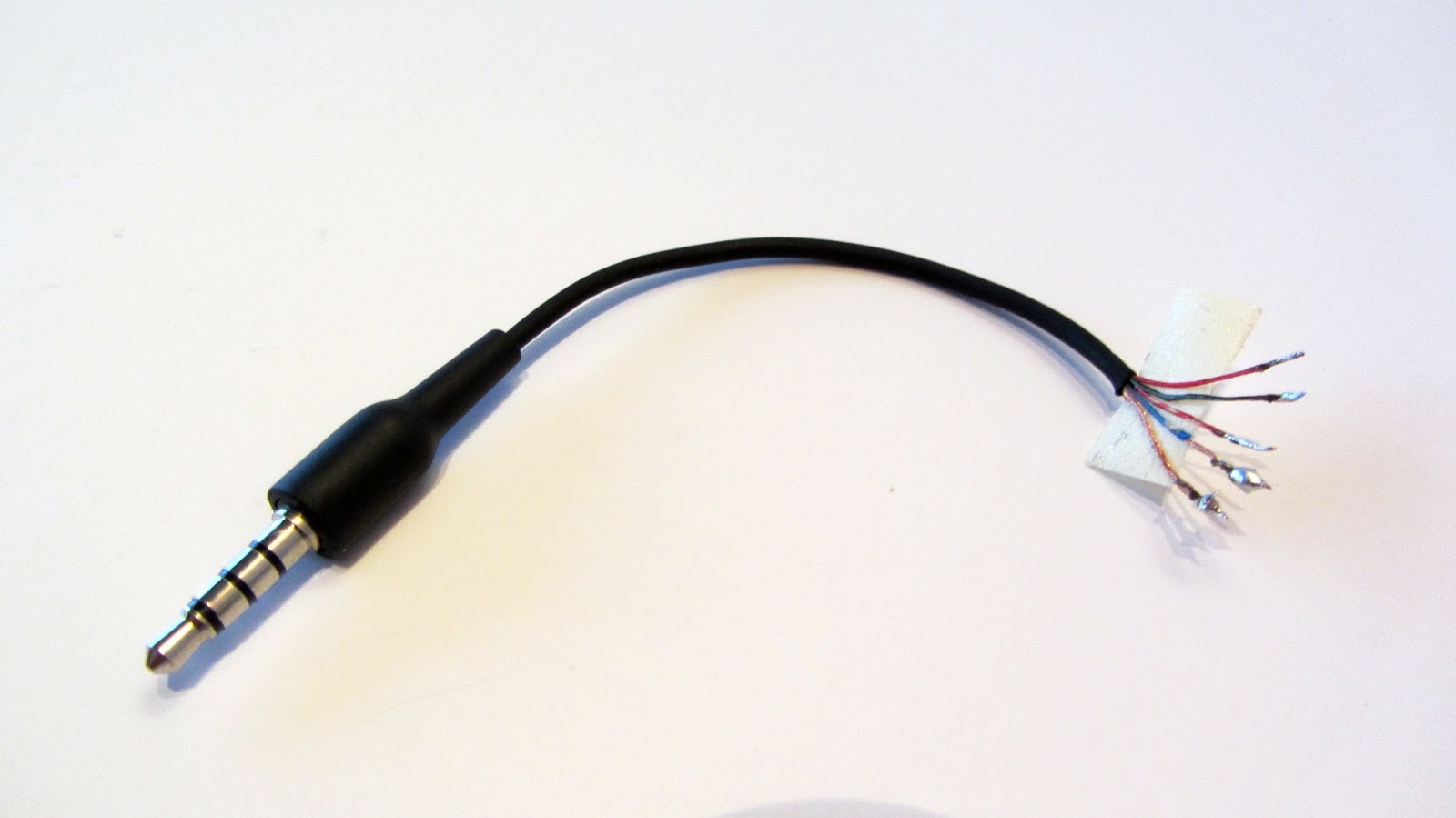 In order to connect headphones and a microphone you will need two 3,5mm audio jacks. They don’t have to be four pin type, three pins are enough. Mine had four pins though (the number of pins means how many of the plug’s pins a jack can read, not how many pins the jack has on its bottom): 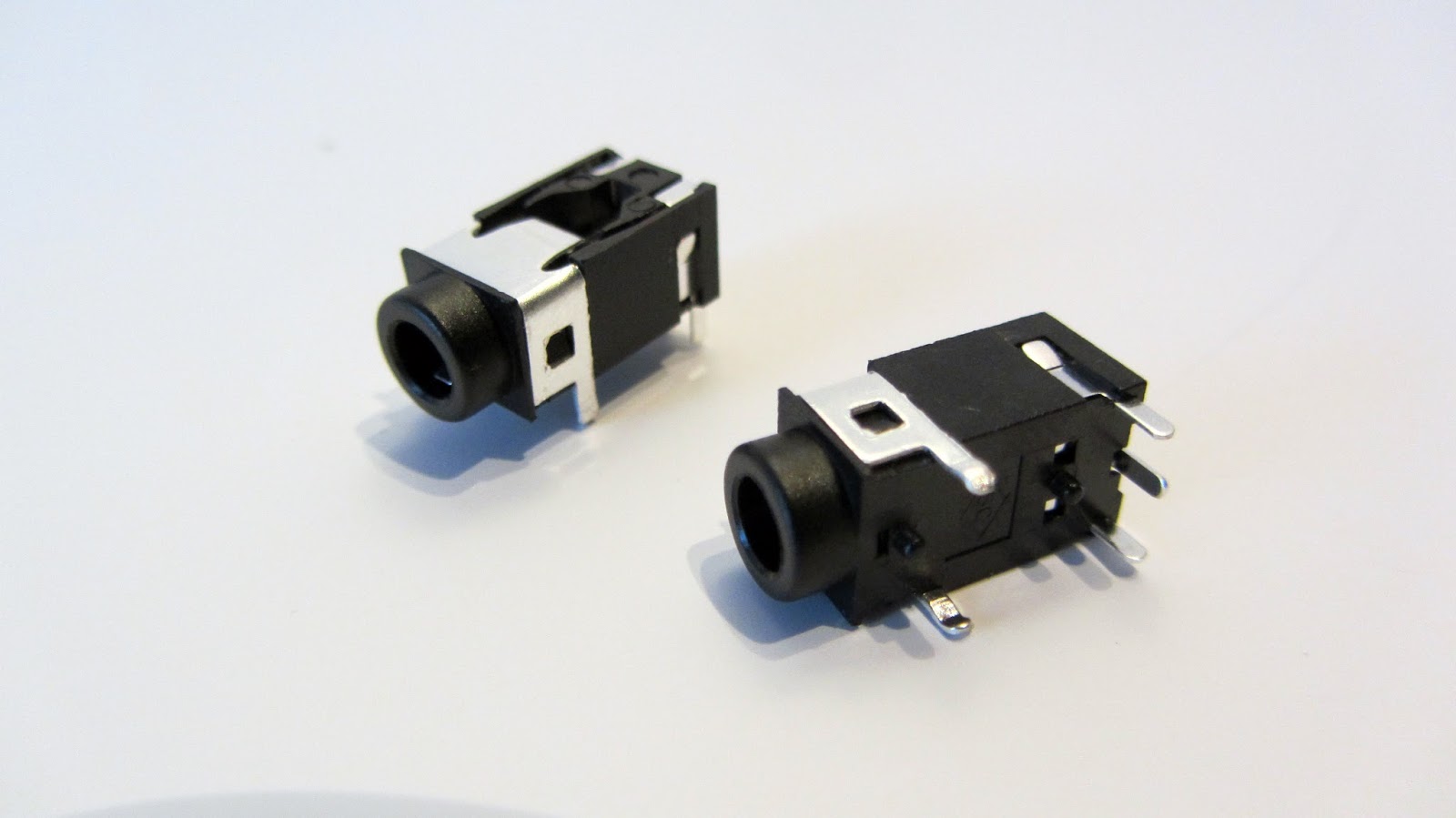 Besides a soldering iron, a multimeter and a hotglue gun this is basically everything you’ll need for this do it yourself project.

There are two standards defining in which order Ground, Microphone, Audio Right and Audio Left are distributed amongst the pins of a four pin 3,5mm audio plug:
OMTPand CTIA. Companies such as LG, Huawei, Motorola, Nokia, Samsung and Sony Ericson use the OMTP standard. The other main standard is used by the following companies: Apple, Blackberry, AVM Fritfon and Sony Xperia.
These different pin layouts are also the reason why some headsets work with an Iphone but cause trouble with a Nexus.
You can see how the connections only match one standard: 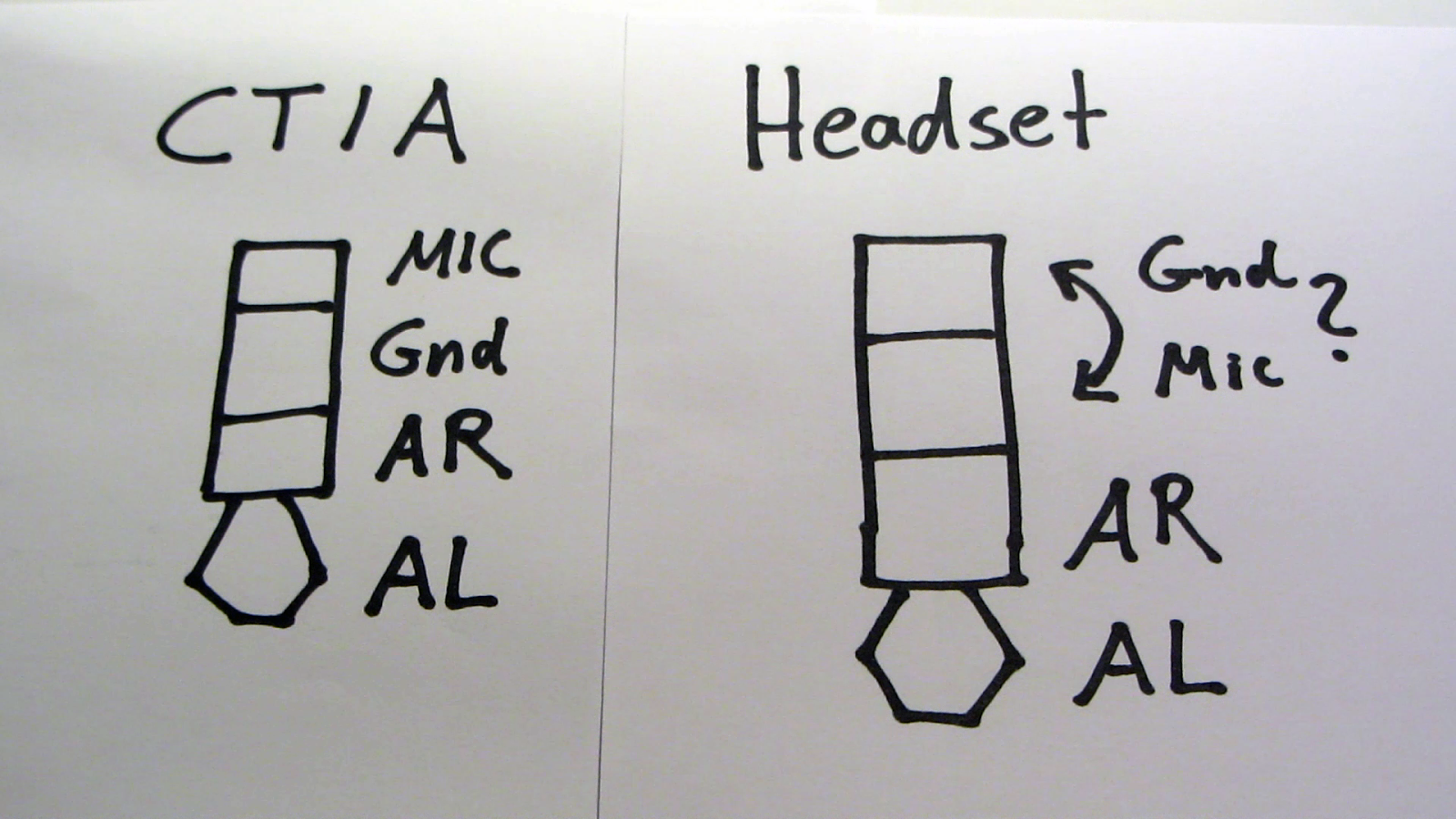 I’m using a Nexus device so the layout we’re going to see from now on is OMTP. This overview should illustrate how we need to connect everything. On the left you can see a standard microphone layout and on the right a standard headphone plug layout. The blue lines stand for the connections we’ll have to make. 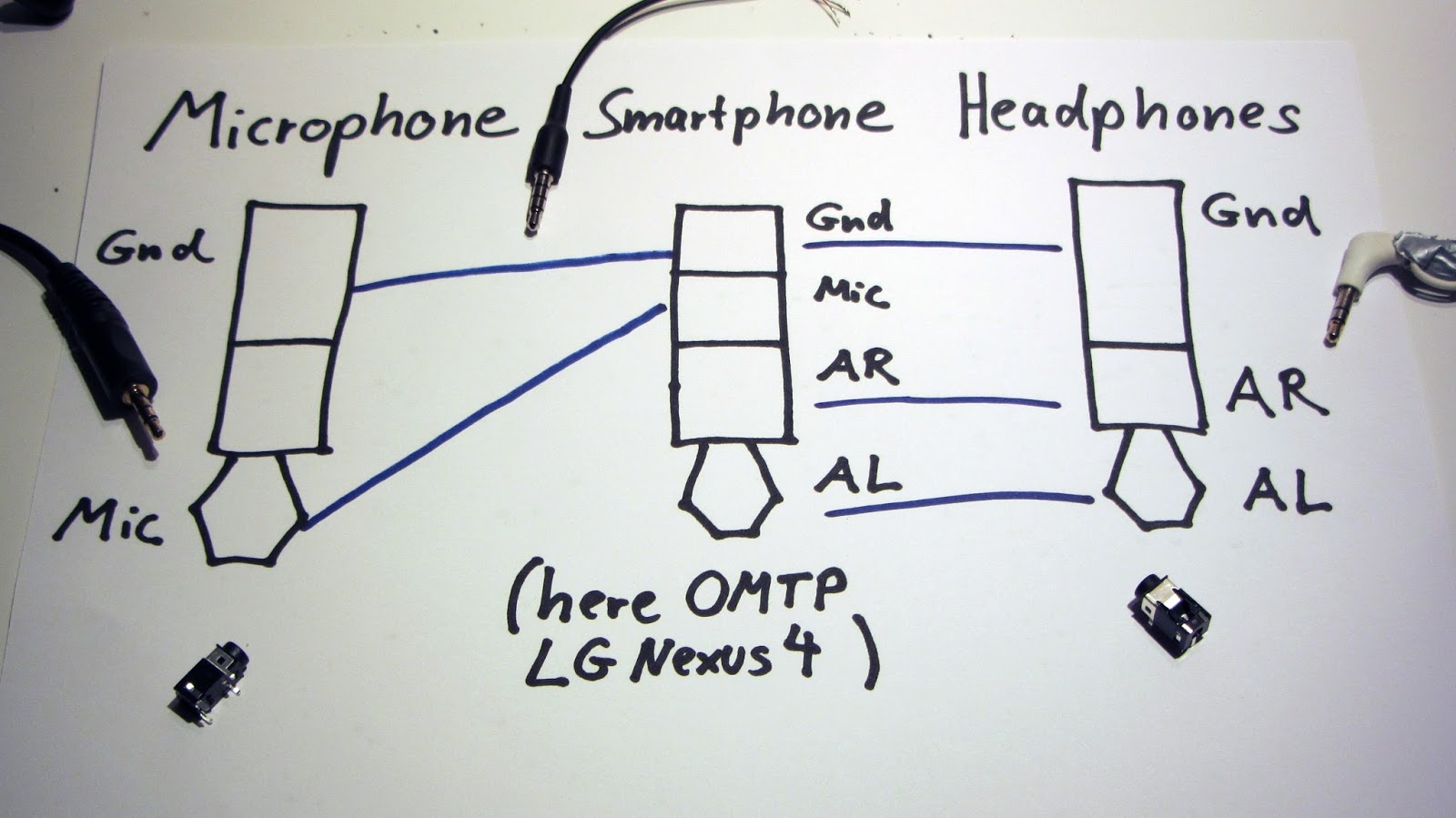 Now splice up the plug’s wires and apply some solder to the tips removing their insulation. With the help of a multimeter you can assort each wire the right pin on the plug. Watch the video for more information.

Then take a close look at the jacks and write down which pin on the bottom connects to which pin to a plug plugged into the jack. 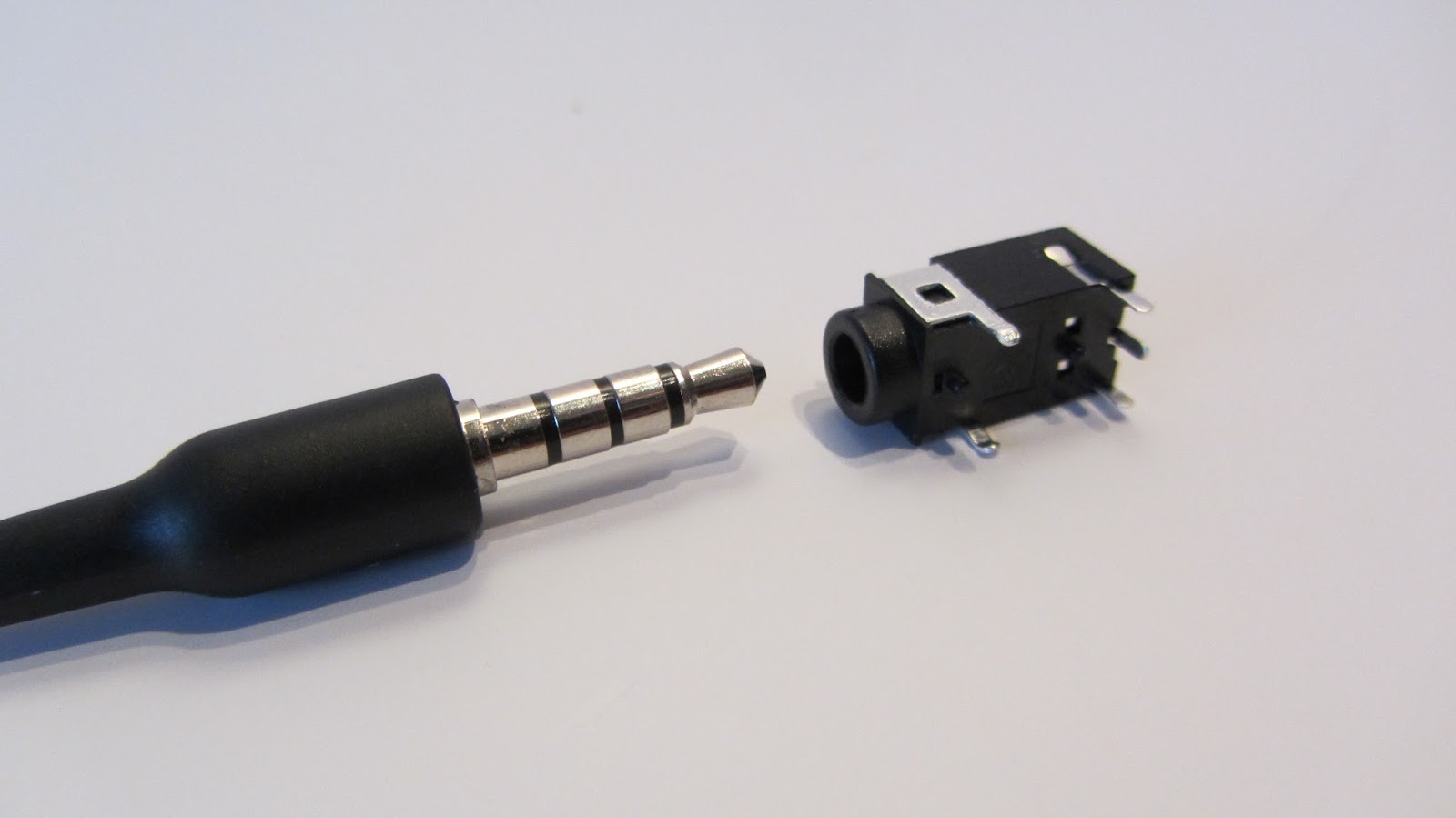 After soldering everything together according to the overview above you should end up with this: 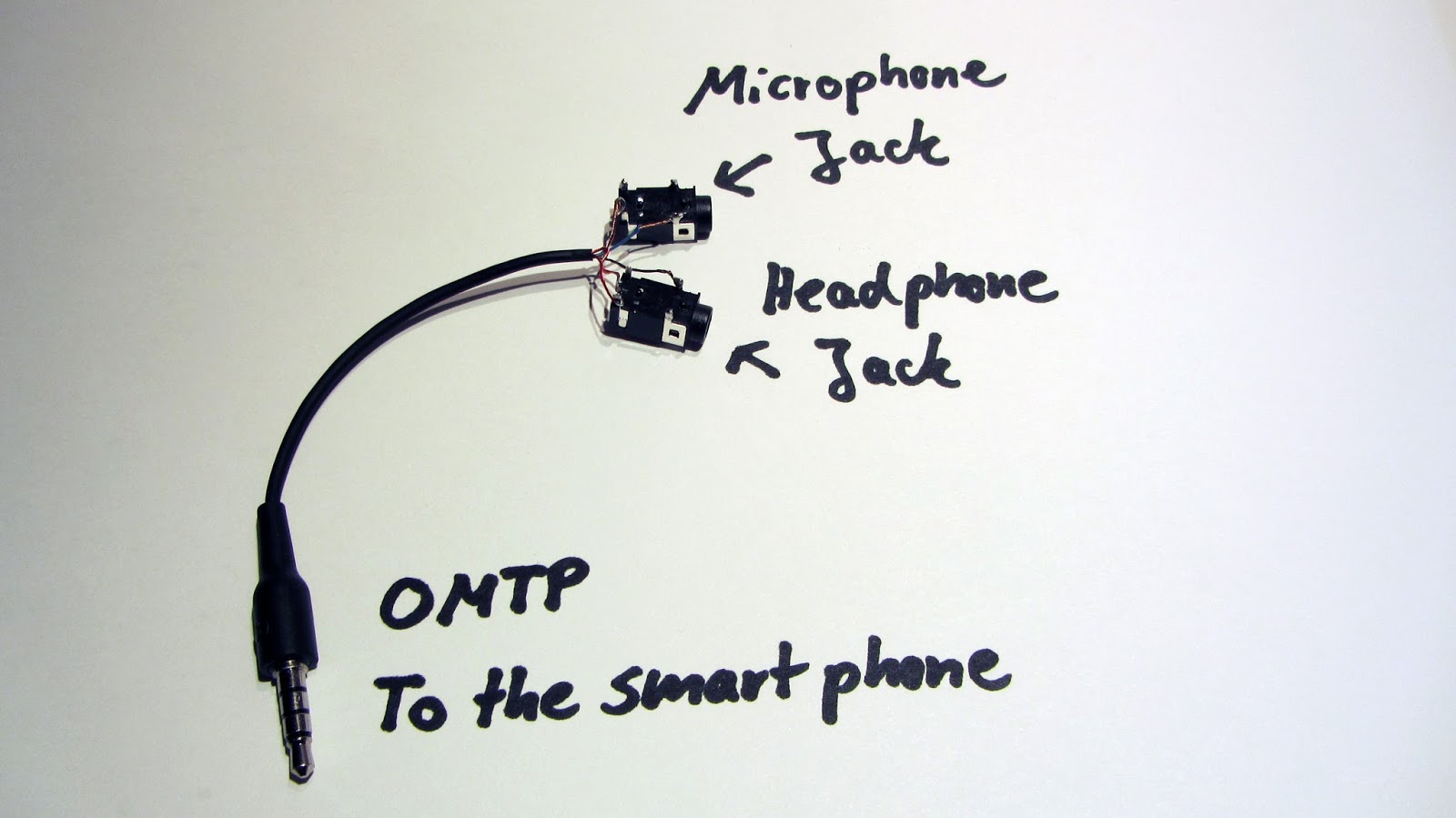 And now I am able to connect an external microphone and headphones to my smartphone for a better audio recording experience. I also aded some hotglue to the contacts and marked the microphone jack with an M to avoid mixing them up. 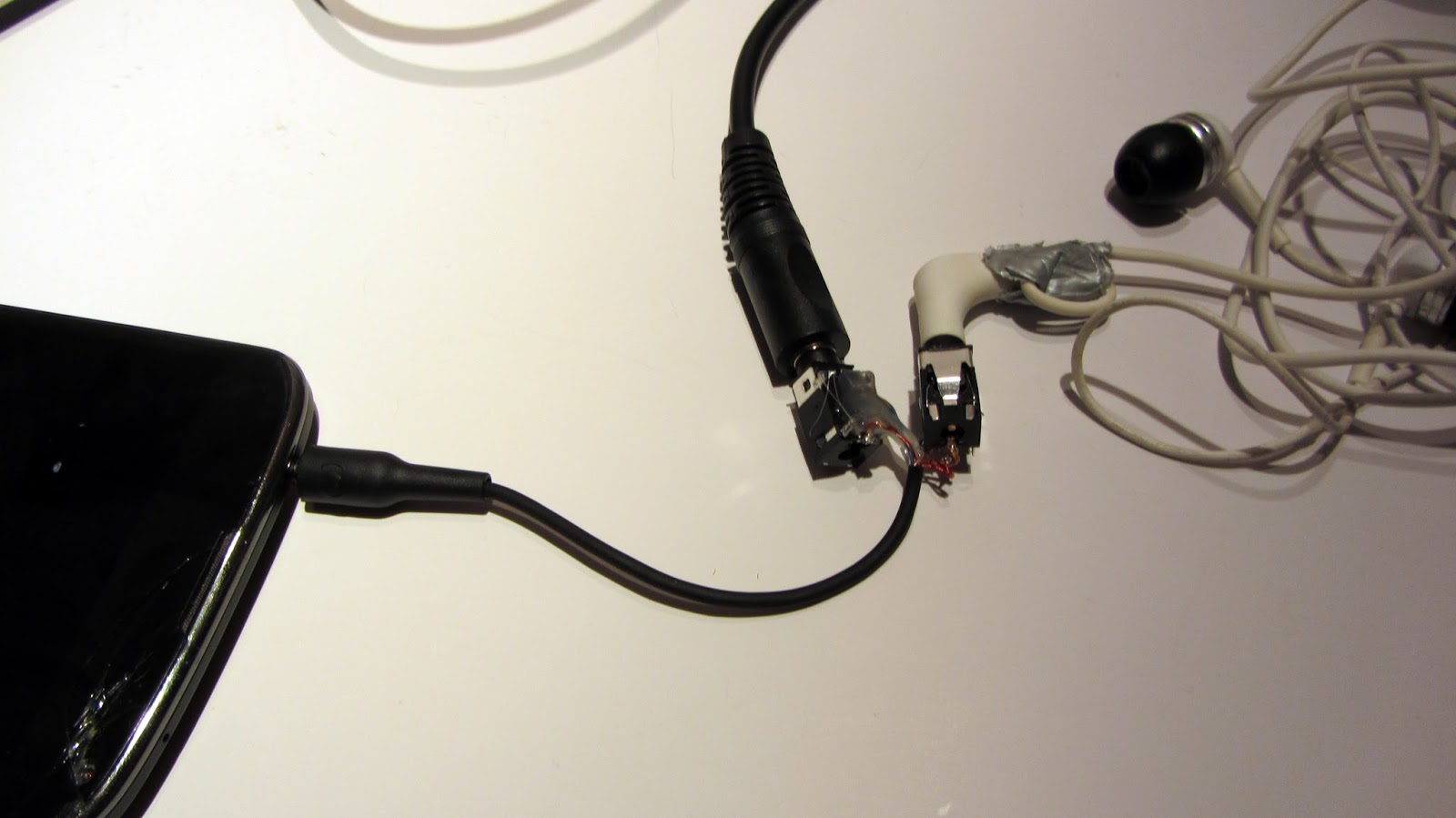 Here with the microphone: 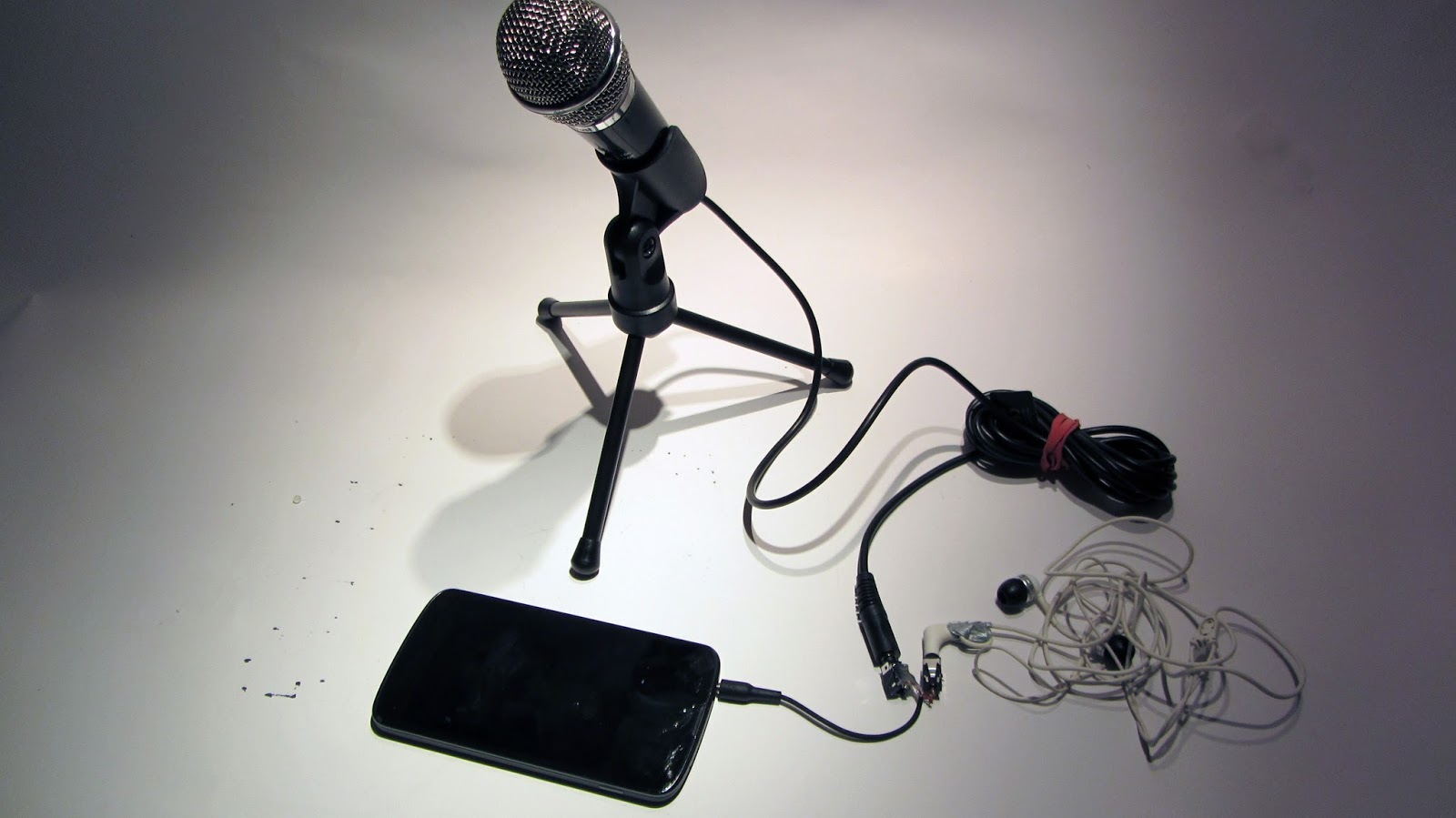 You can also watch a short video about the whole process here: