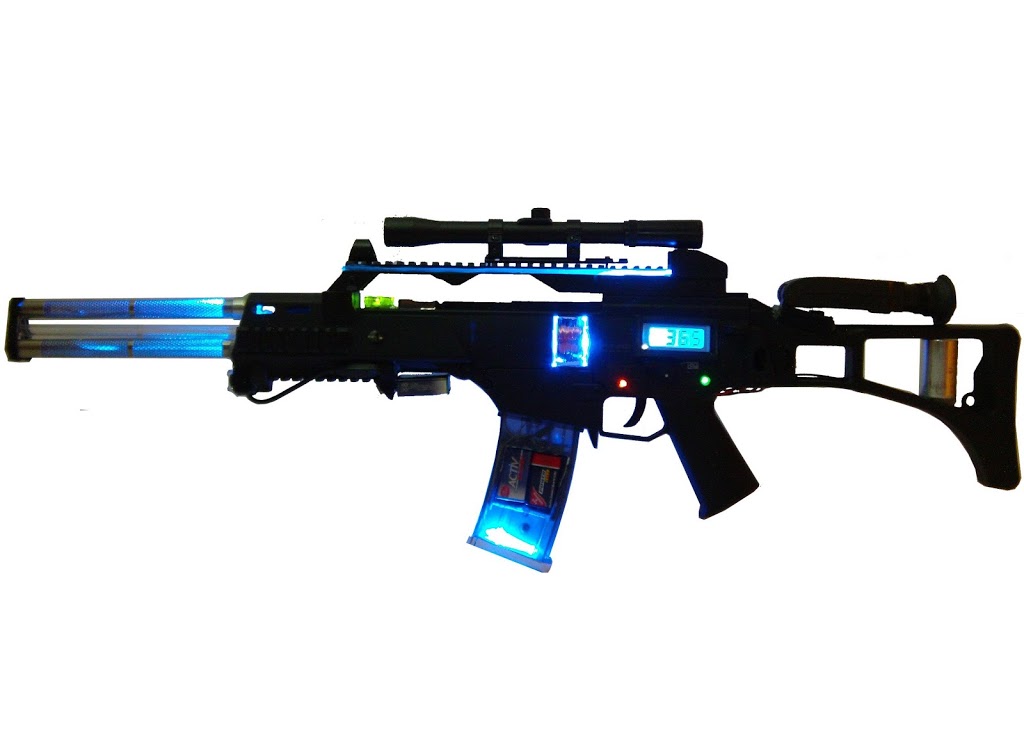 When a video game designer asked me, what a futuristic coilgun could look like, I built this movie prop model: 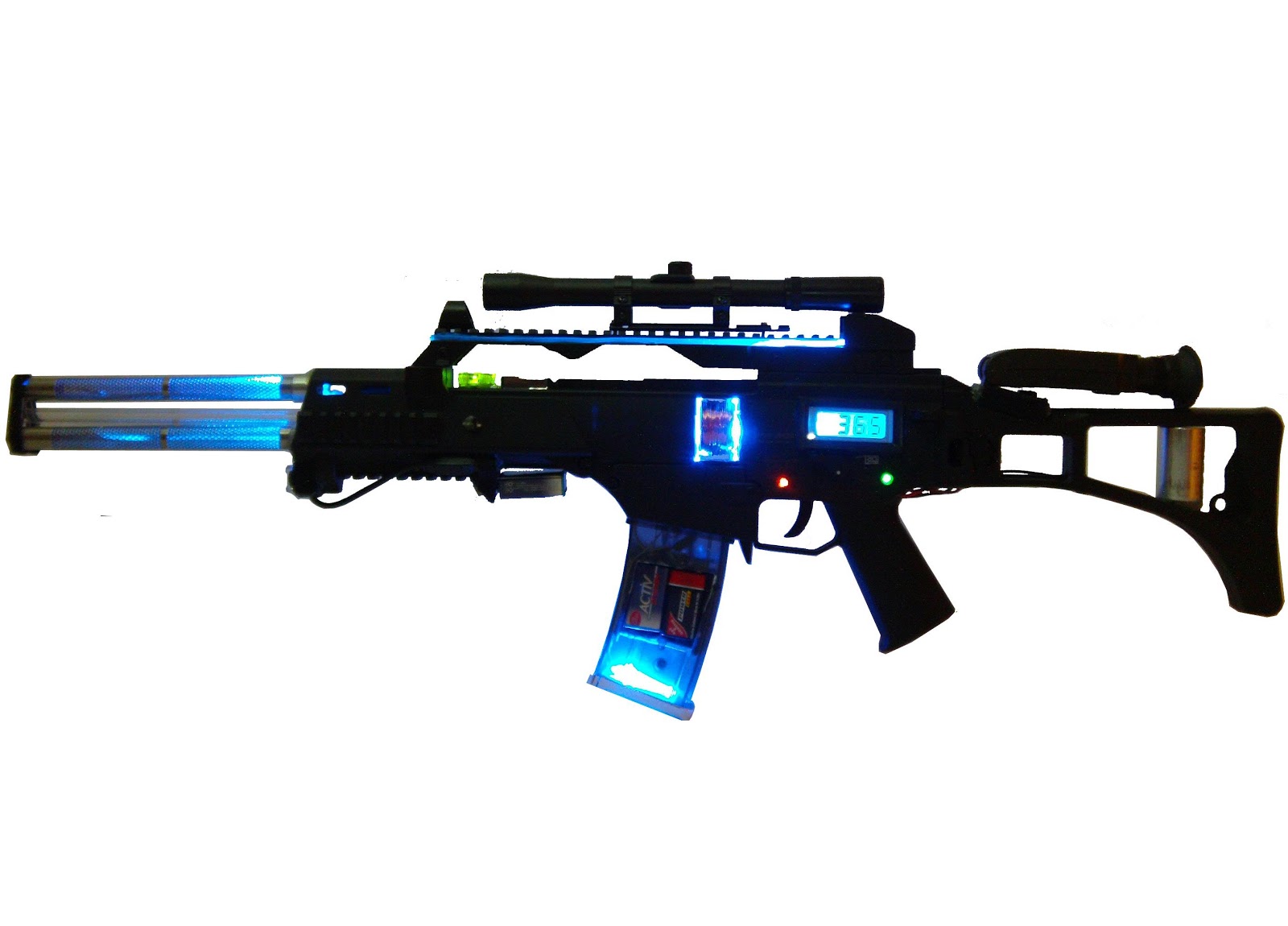 Click here for more detailed pictures and videos of the build! 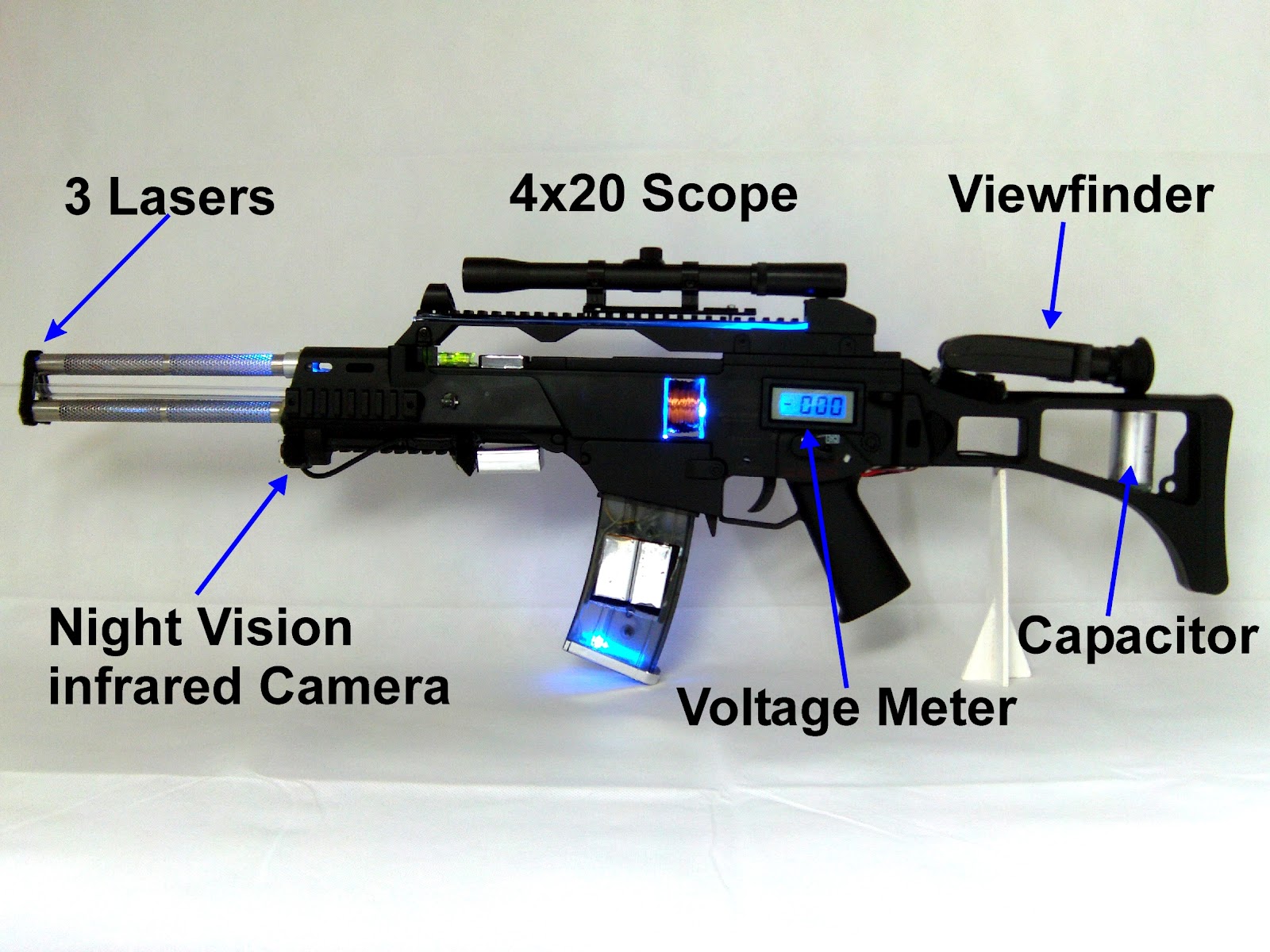 This coilgun movie prop was built inside a fully functional airsoft G36 toy, which was ordered from Amazon. I only used the hull and threw away the gearbox and other electronics inside. 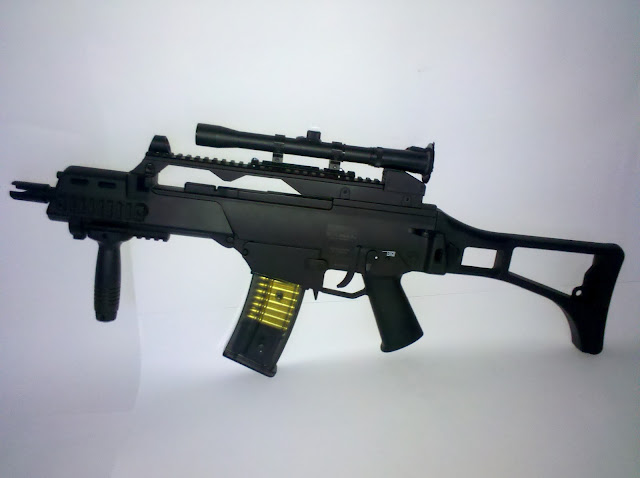 These are some of the parts I used for the coilgun movie prop:

I took apart an old flash and removed both transformer and capacitor for realistic charging sounds.

I bought this 4×20 Scope to be mounted on the Coilgun just for the look of it. 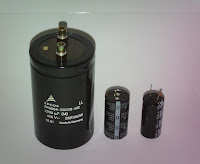 Additional capacitors for more capacity
and an extended charging time. 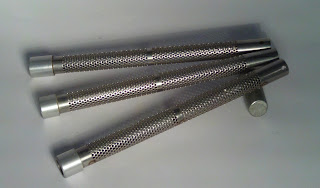 These are stainless steel barrels salvaged from an hydrogen tank which
hold red leds and make it look like something from the future. 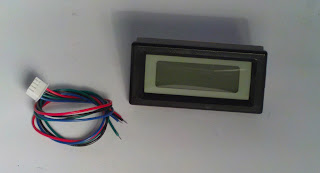 The voltage meter will indictate the capacitor’s voltage and suggerate some form of futuristic energy storage.

Some led-wire was used to spice up the movie prop’s looks. 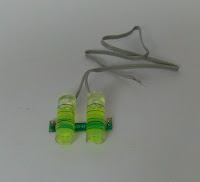 Leds combined with a water balance give this little gadget a green glowing nuclear battery look. 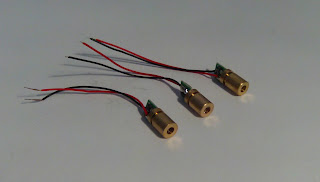 Why use one red led when you can have three? 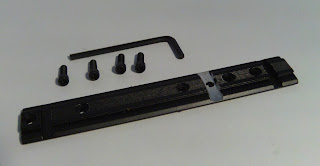 This is a 11mm and 22mm adapter for scopes and other optical gadgets.

The Thyristor is the most important part.

It is the switch, which connects the charged capacitor to the coil. The discharging produces a short magnetic pulse and has a distinctive sound to it. The magnetic pulse is very weak and just for show. Its kinetic energy is under 0.08 Joule. I used a S6025L C1 Thyristor for this project. 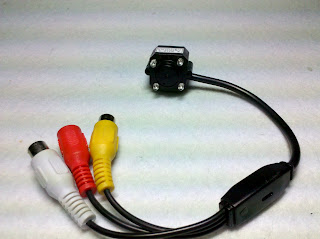 This is the night vision camera. It’s a cheap CMOS camera and it has four infrared Leds for clear sight when there’s no more sunlight.

The viewfinder was salvaged from an old analog camcorder.
More information can be found here.


I salvaged the charging circuit from and old camera flash. Opening a camera flash is very dangerous, since the capacitors can hold lethal charges even after many years. I used my voltage meter to check if they were discharged. 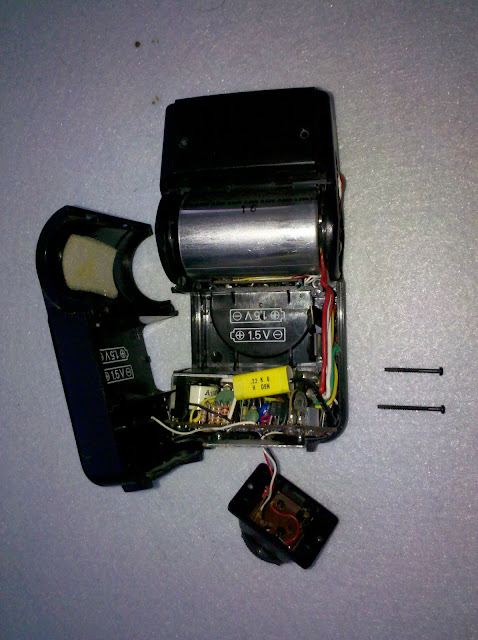 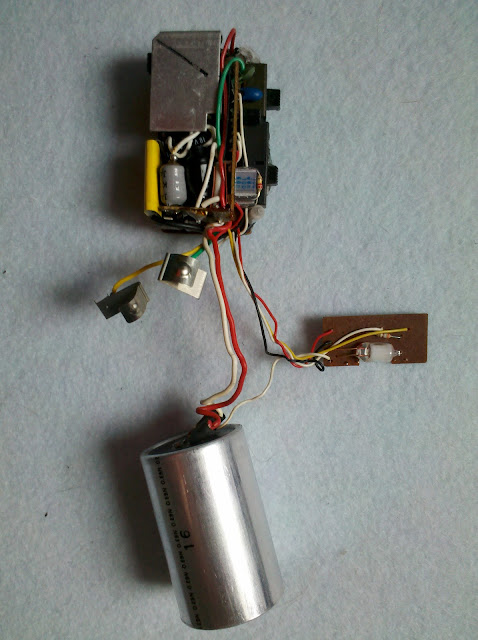 This is the transformer circuit. It charges the capacitor up to 350 Volts. The capacitor has a capicity of 1000 uF.
It even has a small green voltage indicating glow discharge lamp – a perfect addition to the futuristic look!
The next step was to take apart the G36 and clear out some space inside the hull for all the futuristic looking electronics. 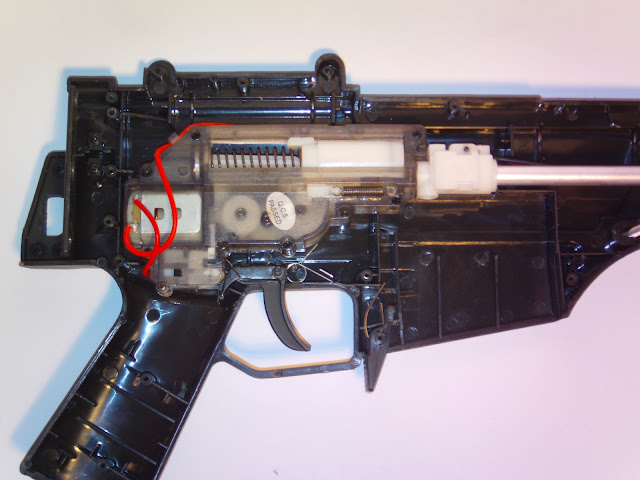 Of course a futuristic coilgun would have to run on magnetism. That’s why a copper coil was added right in the middle.
I wound the coil with enamelled copper wire: 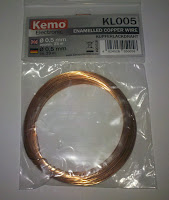 As you can see, this is 0,5 diameter enamelled copper wire. About 46 meters were used for winding the coil.

After removing the airsoft gearbox the electronics seen before were added: charging circuit, voltage meter and coil. Batteries with connectors will be fit inside the magazine and power all the electronics. 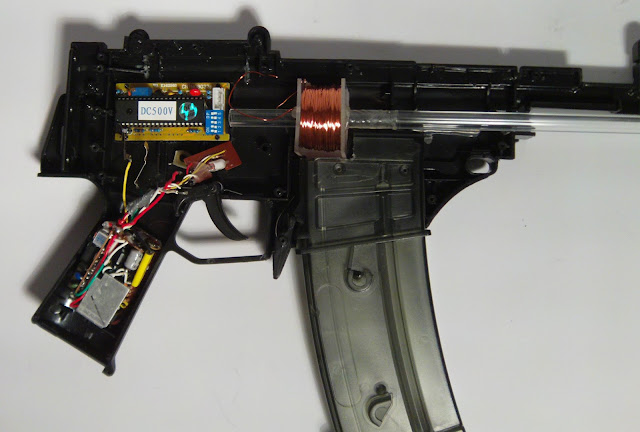 After many hours of wiring and soldering everything was ready to be powered up by the two 9Volt batteries inside the magazin: 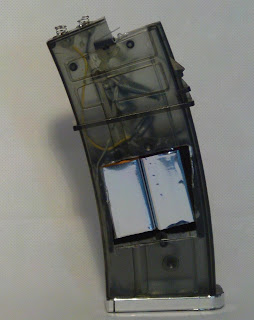 There are four springs mounted on top of the magazine. Sliding in the magazin connects the batteries to the Leds,Night Vision Camera and viewfinder, Transformer and the thyristor ciruit.