Once upon a time I stumble across radio controlled projects in which I’d need a servo that is capable of continuous 360° rotation instead of standard 140°! Buying such a servo would cost some money and take ages! Why not modificate an old RC servo and give it a new use?
See the detailed pictures, click read more!
At first grab your standard servo and open it carefully. At most models you will find four long screws in the corners of the bottom plate. 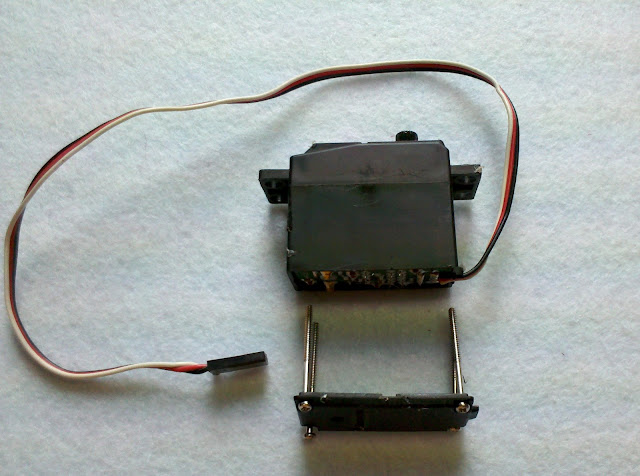 From this angle you can see the servo’s control circuit board and the DC motor’s connections on the left. Notice that the top part with the gears inside hasn’t been taken off. 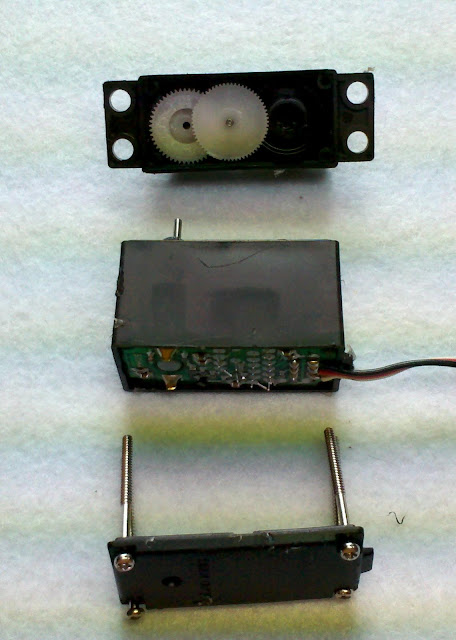 You will notice a little pin coming out of the middle part of the servo. This is a variable resistor. Its resistance indicates the servo’s head’s position. 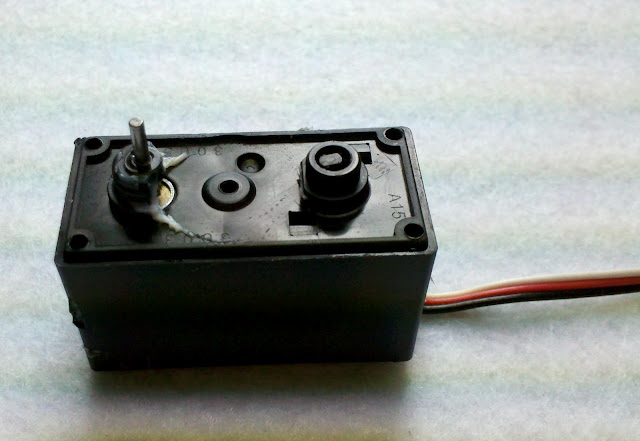 On the left you can see an axis and beneath it there’s the motor’s gear. On the right side you will notice the little pin which does not fully stand out anymore because I just carefully pushed it in. Take a look at the next picture and you will understand how this worked: 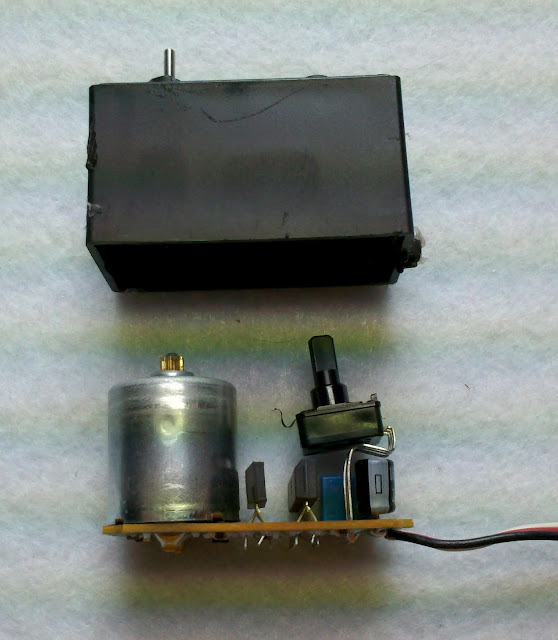 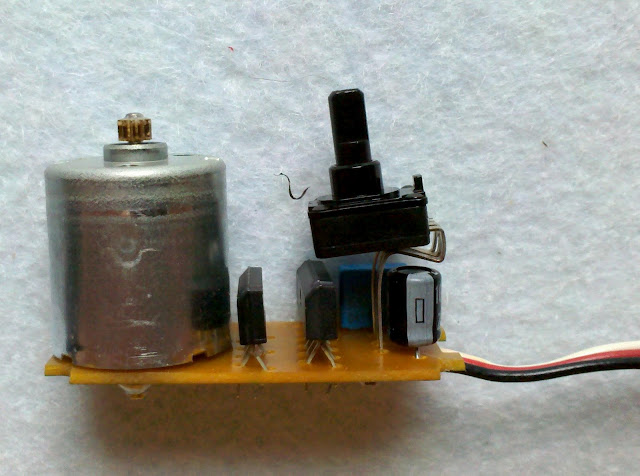 The component on the right is the variable resistor I was talking about. As you can see I just pushed it down a little bit separating the direct connection between the servo head and the resistor.
Furthermore I am able to just push up the resistor again anytime I want to and thus the servo is neither destroyed nor doomed to continuous rotation forever! Take a look at video for a demonstration: