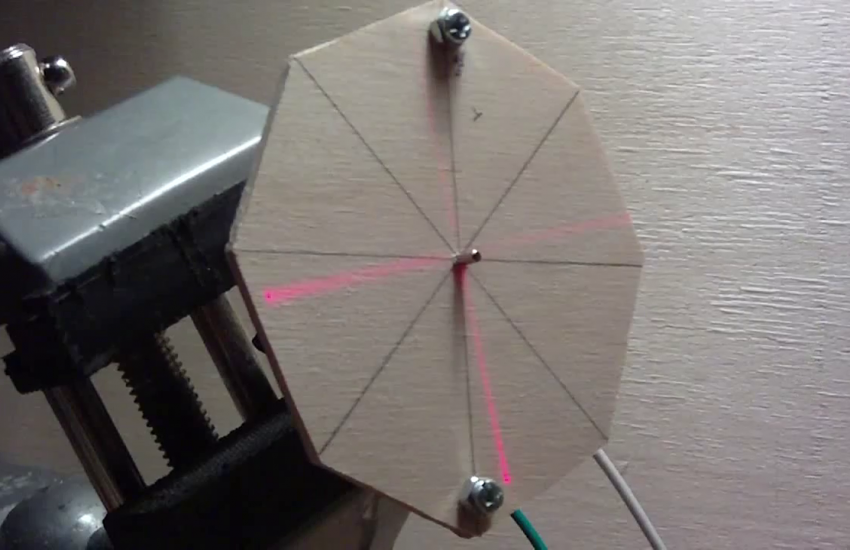 Some time ago I wanted to build a cube that could seemingly defy the law of physics and balance on its edges or corners. To achieve this aim I decided to use spinning weights which would create a large angular momentum. So if the angular momentum gets bigger than the gravitational force, the cube would remain in its position even if it was balancing on its corners.

So there had to be three angular momentum axis: X Y Z 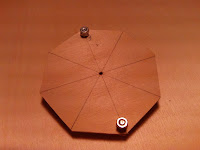 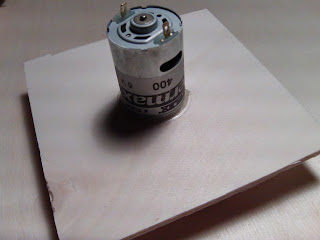 I attatched the motors to square plates which would form a cube later. 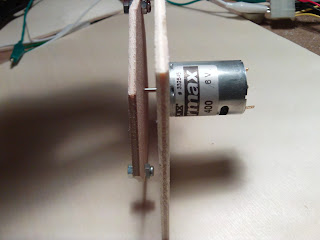 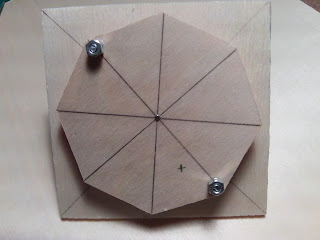 This is the first result: I added some protection to enclose the spinning discs. 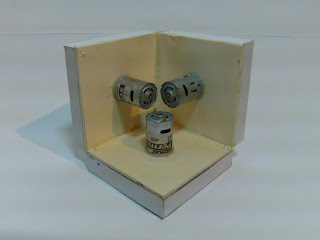 The video shows a rotating disc: The laser was used for measruring the disc’s speed
I also had to calibrate the disc very accuratly in order to prevent vibrations. 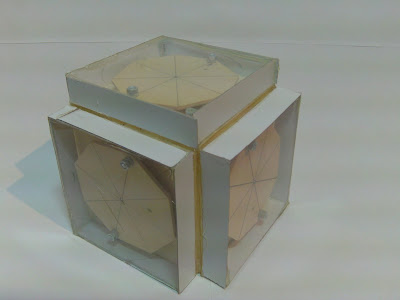 Tada!!
Turn on the cube and you will need some force to move it!
You can take it and place it on its corner and it won’t fall but remain in its position as long as the discs are spinning!
Not really useful but … 🙂