This is my latest project: It is a motion activated fully automatic airsoft turret.

Click here for pictures and videos of the turret in action!
I made a little demonstration video which includes test firing the airsoft turret:

The most important component of this turret is the G36 Airsoft Gearbox. I removed it from a G36 Rifle which was converted to a Coilgun.

This unit runs on 7.2 Volts and has a pretty high rate of fire – you can see it here. The 0,12g BB’s kinetic Energy is <0,5 Joule.
The next step was mounting the Gearbox to the turrets baseplate. The plan was to cover some area in front of the turret by automatically waving the barrel from left to right. 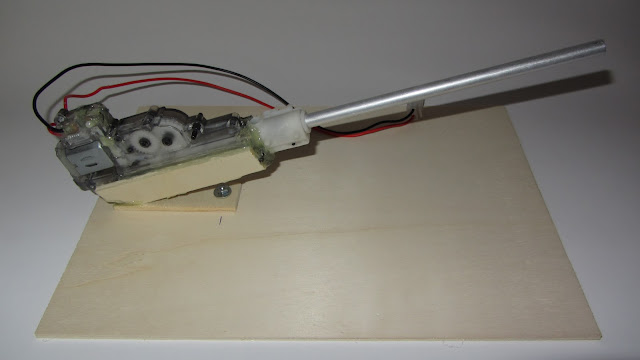 This 40° angle allows the turret to be placed on the ground still hitting its targets.
Moving the barrel from the right to the left periodically without using microcontrollers or something else, I came up with an older hack:
The auto reversing platform

After adding a turnable hook to the platform and setting it to 180° rotation, mounting the airsoft barrel was a simple task:

No turret works without some kind of automatic alarm or tracking system. In this case I wanted to use a motion activated system, which could be disabled by a remote control. This infrared motion activated alarm system for a few bucks was the perfect thing for the job! 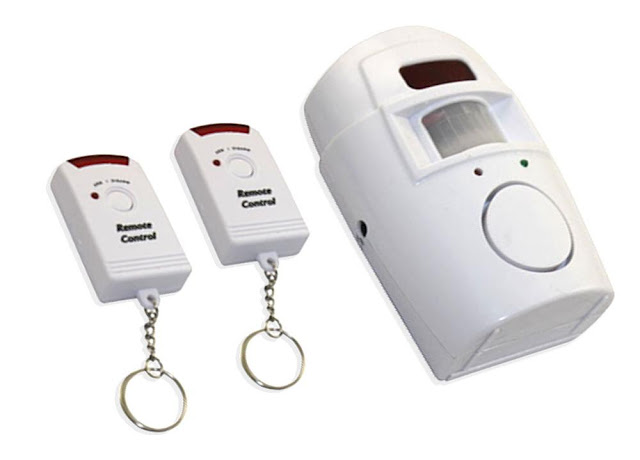 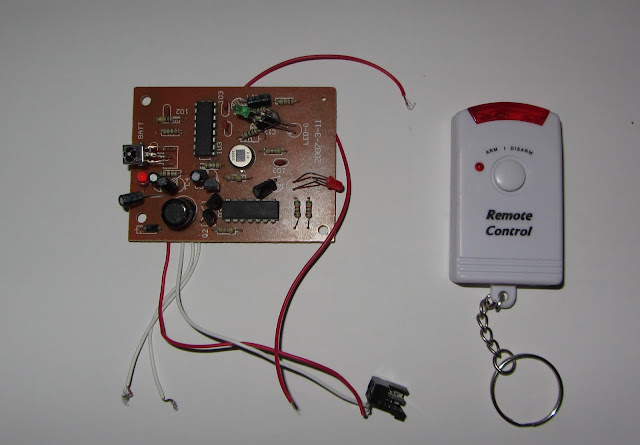 This is the circuit board without the sirene-speaker: 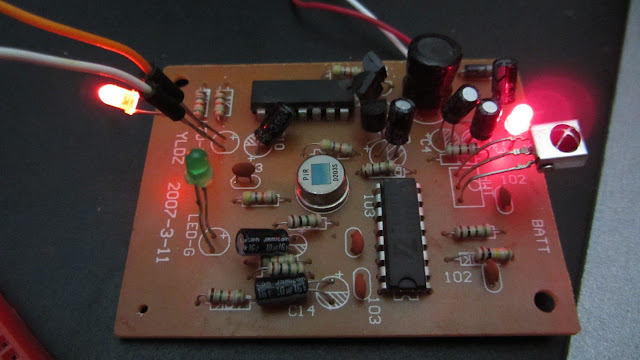 I soldered two wires to the red alarm Led on the left. Those wires go directly to a transistor: 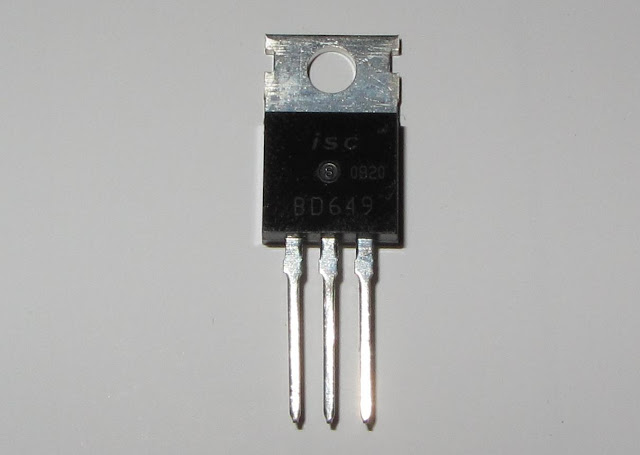 This BD649 will activate the airsoft gearbox and turning able as soon as the red alarm Led lights up. If you don’t know how to hook up this transistor, look up the datasheet and take a look at wikipedia how a transistor works!
After wiring everything up and equipping the airsoft with a ammunition container it looks like this: 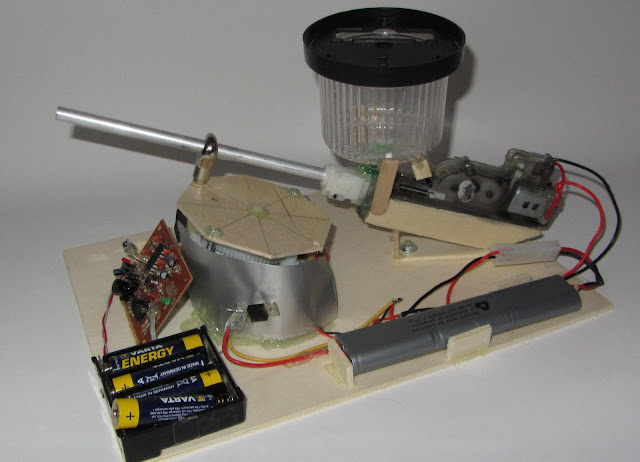 The passive infrared movement detector is in front of the whole setup. The container on top holds about 600 BBs. After some tests I can definitely say you don’t want to be near this thing once it goes off!!! See it for yourself:

I am not responsible for any injuries afflicted by your experiments! Allways wear safety goggles and use airsofts with caution!